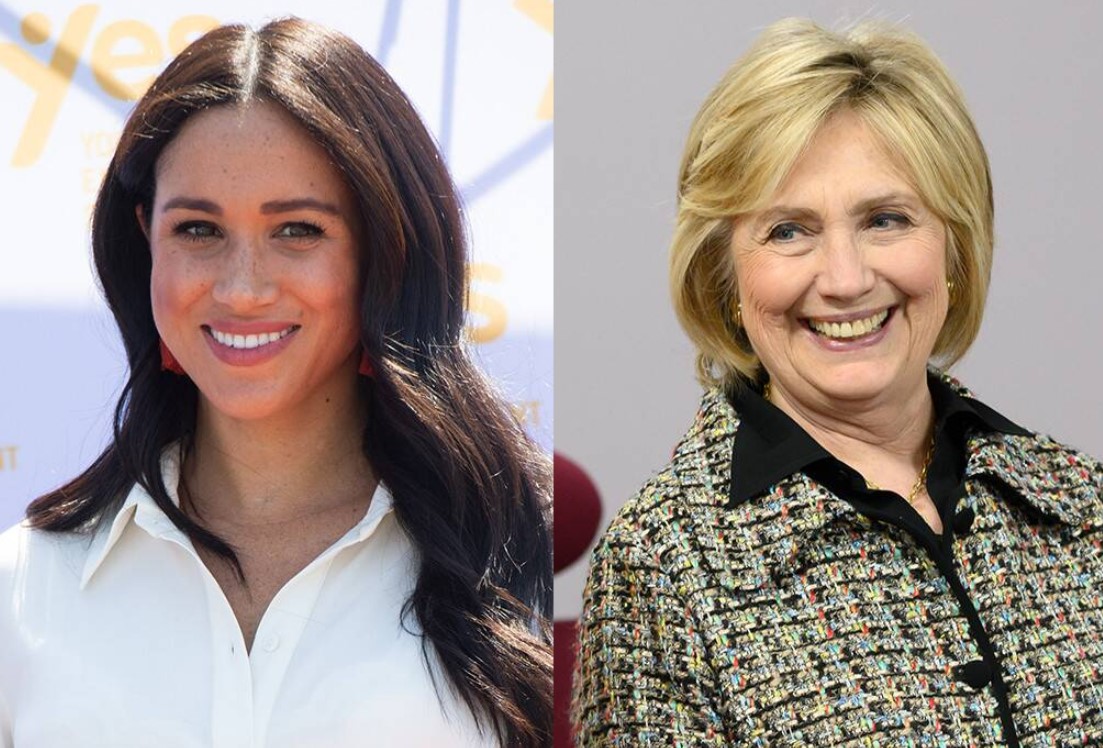 According to The Daily Mail, the former secretary of state made a secret visit to Meghan Markle’s Frogmore Cottage this week. The two women reportedly greeted each other with a hug.

“Both women have a lot of admiration for each other and it was a very sweet, warm meeting,” an insider told the outlet. “They are mutual fan girls!”

Per the publication, Hillary also shared a cuddle with the Duchess of Sussex’s 6-month-old son and told the royal about daughter Chelsea Clinton’s baby boy Jasper Clinton Mezvinsky. Prince Harry was reportedly there for the visit, too.

The meeting should come as no surprise to their fans. After all, Hillary said she’s a “huge Meghan Markle fan.” She’s also defended the royal amid Meghan’s battle with the press.

“I want to tell her to hang in there. Don’t let those bad guys get you down,” she recently told BBC Radio 5 Live’s Emma Barnett. “Keep going. Do what you think is right. It’s not easy…I think she deserves a lot better.”

In fact, Hillary said, as a mother, she “just wants to put my arms around her.”

It seems like the admiration is mutual. When she was 11 years old, Meghan took a stand against the “sexist” language used in an Ivory soap commercial and wrote letters to Procter & Gamble, Gloria Allred, Linda Ellerbee and Hillary. In addition, Sara Latham, who was a senior advisor for Hillary’s 2016 presidential campaign, heads up Harry and Meghan’s communications.

This isn’t the first former First Lady Meghan has met. She also had a private meeting with Michelle Obama in 2018 and interviewed her for the September issue of British Vogue.