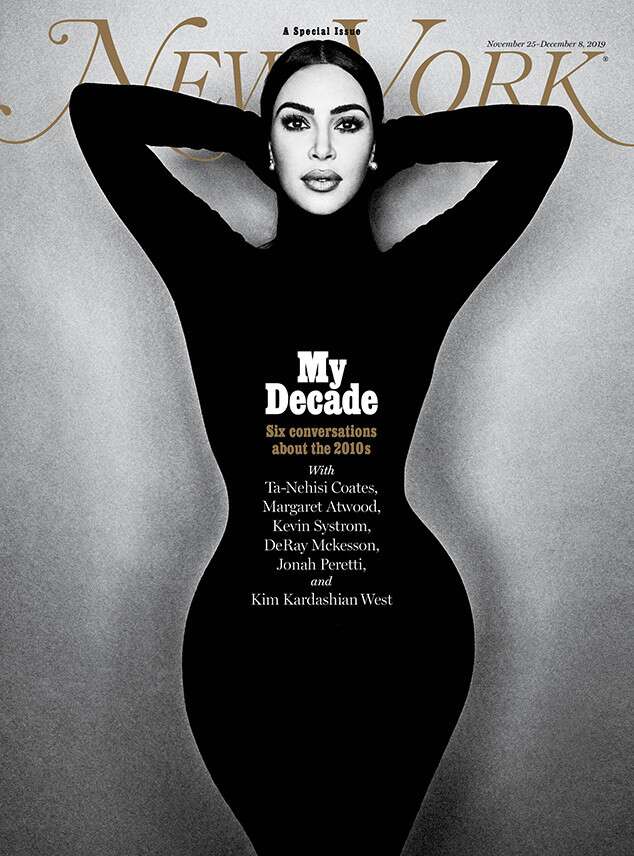 Kim Kardashian is having a fashion evolution.

While fans may have been used to seeing bikini shots and revealing dresses on the Keeping Up With the Kardashians star, things have changed recently. And believe it or not, it may just be the beginning.

“I have kind of had this awakening myself. I realized I could not even scroll through Instagram in front of my kids without full nudity coming up on my feed pretty much all the time,” she shared with New York magazine. “And I definitely contributed to that. I mean, one of my most iconic covers was the Paper Magazine one, when I was all oiled up and ripping my dress off.”

Kim added, “I also did think, like, Okay, I’m here in the White House and then the next day I was posting, like, a crazy bikini selfie. And I was thinking, I hope they don’t see this. I have to go back there next week.”

For better or worse, Kim understands that some people think of her as a sex symbol. As for how she feels about it today, the businesswoman is the first to say it “can be complicated.”

“I definitely see the things that I brought on myself, the biggest being the robbery. Just being flashy and oversharing my every move on social media. But I enjoy my life,” she shared. “Someone said to me the other day, ‘What is it like being you?’ It’s awesome.”

These days, Kim is less focused on keeping up with the latest and greatest items. Instead, her priority is balancing family, businesses she cares about and becoming a lawyer.

According to the law student, being robbed in Paris shifted her mindset that let her to focus on what mattered most.

“I truly think once I got robbed it took something out of me in the best way. All the things that really mattered to me then deeply—how many bags I had, what car I drove…I still like all that stuff, but it doesn’t matter. It could go away,” she shared. “For so long, people have tried to partner me with things. But this was the first thing where I thought, You know what? I want to go to law school. I want to help people.”

Kim continued, “Let me work for the next ten years and build up my brands, and then one day, in ten years, just give up being Kim K. and become a lawyer. And now I’ve come to a realization about what I care about. No publicist would have ever told me to get into prison reform.”