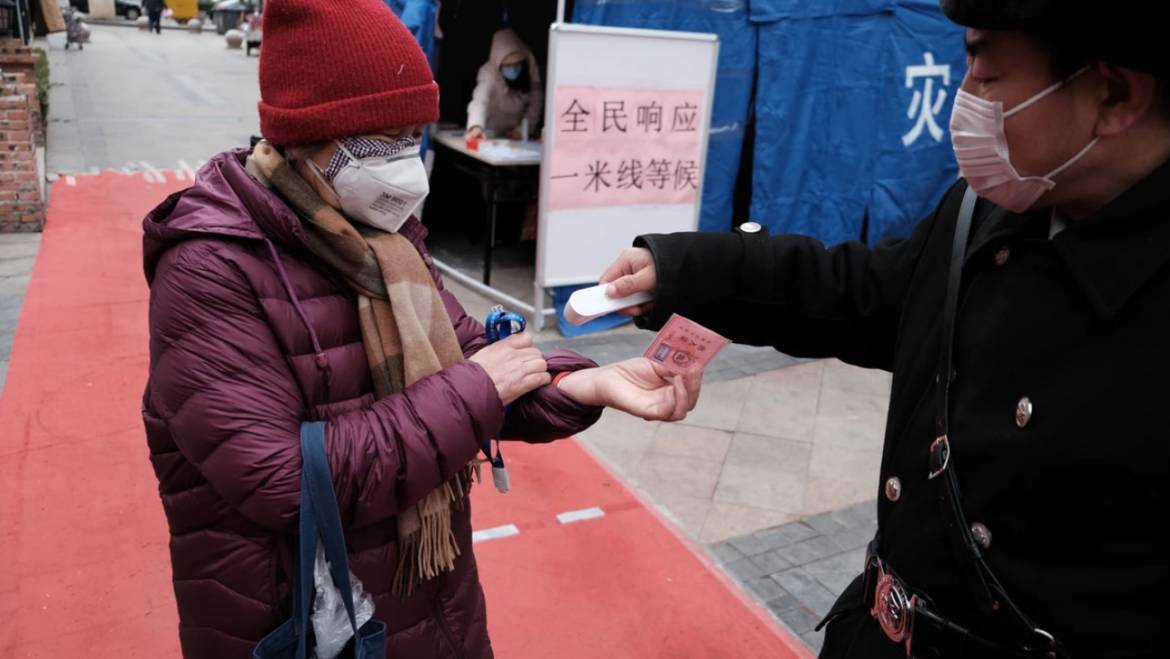 THE coronavirus crisis shows no signs of slowing down, with more than 470,000 confirmed cases worldwide. But how will it end?

COVID-19 has sprinted across the planet since it was first detected in late December, 2019. More than 470,000 people have been confirmed to have contracted the virus, resulting in more than 21,000 deaths. The spread of the disease seems to show no signs of slowing down, particularly in Europe which has now been deemed the epicentre of coronavirus by the World Health Organization (WHO).

Italy now has more than 74,000 confirmed cases, while Spain (49,000) and Germany (37,000) also have many infected people. Cases in the US have surged, with the States now confirming more than 1,000 deaths. However, all things must come to an end, including this pandemic, and here are some of the ways the virus could come to a halt.

A vaccine is found

The most obvious way a disease is beaten is when scientists discover a vaccine for the disease, as was the case with something like polio, for example. Little is known about the current coronavirus outbreak, which makes it particularly hard to make a vaccine. However, clinical trials to discover the cure have begun in China as part of a European collaboration. French hospitals began testing the anti-malarial and three other drugs on Sunday as part of a European programme involving 3,200 COVID-19 patients.

Researchers will be hoping a major breakthrough is made quickly, as following lab testing, political hurdles, animal and then human trials, it could take up to 18 months for a vaccine to be readily available, according to Johns Hopkins University.

Coronaviruses have a history of mutating to a point where humans are no longer a suitable host. In 2002, another virus in the coronavirus family, SARS, broke out and infected thousands of people. However, the virus eventually ran its course partly because the disease mutated to a point where it was harder to spread. Researchers warn however that history is not likely to repeat itself. SARS only infected around 8,000 people over the course of two years – COVID-19 has already infected almost 400,000 in less than four months, meaning it is much more transmissible.

Lawrence Gostin, director of the World Health Organization Collaborating Center on National and Global Health Law, told the LA Times: “It’s affecting hundreds of thousands of people, and potentially a lot more going forward. “It’s really hard to contain once you’ve got that kind of saturation. This is a much bigger challenge than SARS.”

COVID-19 could be seasonal

Part of the reason flu is not as much of a worry as COVID-19 is that the former is seasonal, usually peaking in the winter before dying out as the seasons become warmer. This makes the virus easier to contain and to predict how it is going to run its course. With COVID-19, there is no information as to how it has reacted to seasonal differences in the past, leaving some optimistic the virus could go away as summer approaches. However, experts believe that even if it is seasonal, the warmer weather will not be enough to slow down how contagious the virus is.

Harvard University states: “The short answer is that while we may expect modest declines in the contagiousness of SARS-CoV-2 in warmer, wetter weather and perhaps with the closing of schools in temperate regions of the Northern Hemisphere, it is not reasonable to expect these declines alone to slow transmission enough to make a big dent.”

The UK Government danced around the idea of herd immunity when coronavirus first made its way to the British shores. Herd immunity is the practice of allowing up to 60 percent of the population, mainly the younger population, to catch the disease and let it play out. After this, the body could theoretically become immune to the virus, meaning that it has no where else to travel to, eventually petering out.

However, with such little background on COVID-19, there is no evidence to suggest one cannot become re-infected with the virus. Akiko Iwasaki, an immunobiologist at the Yale School of Medicine, told Vox: “I would say that the biggest unknown is how potent is the immune response generated in an infected person.

“How long would [immune] protection last? … The answers to these questions are key to understanding whether herd immunity is effective.”

The spread does not end

Similar to a seasonal illness, there is a chance the virus does not stop spreading, and experts find a way to manage it. Even if much of the population does contract it, a large swathe still will not, meaning the virus could linger forever. Dr William Schaffner, an infectious-disease specialist at Vanderbilt University in Tennessee, told Live Science: “I think it’s unlikely that this coronavirus — because it’s so readily transmissible — will disappear completely.”

Joshua Epstein, a professor of epidemiology at New York University, added: “I think it’s always possible the thing has one cycle, we nail it, it doesn’t mutate and it’s eradicated. But I think the most likely prospect is that we don’t entirely eradicate it.”