HomeCelebrityKristen Bell Is On a Mission To Rescue... 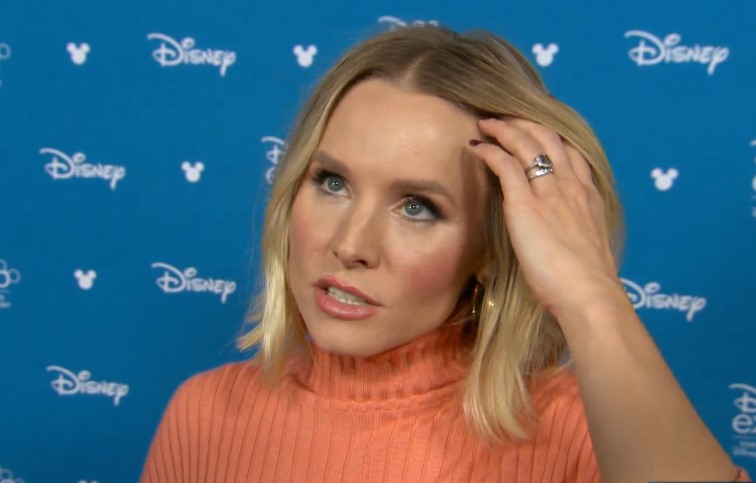 Kristen Bell can’t seem to let this one interaction go.

While visiting The Kelly Clarkson Show on Tuesday, the Frozen 2 star recalled meeting the real-life version of her animated character Princess Anna at Disneyland. Before diving into the story, host Kelly Clarkson asked what it’s like to “meet” herself.

“Well, let me start by saying I’m a firm believer that there is no ownership, right?” she told The Voice judge. “I’m the O.G. Anna, for sure.”

Then, Kristen explained what really makes the interaction uncomfortable for her. “But, the one thing that’s weird is that, you know, when you talk to them,” she said. “You’ve probably experienced this—they can’t break.”

Her daughters Lincoln, 6, and Delta, 4, however, don’t seem to pay any mind to it when they’re at Disneyland. “The kids love it, but it is weird to the adults,” the mom of two said. “It’s funny. Oh, the kids don’t—they don’t see anything wrong with it.”

Still on the topic of Frozen, Kelly pressed Kristen about the possibility of a third installment in the Disney franchise, joking that the films are the equivalent of the Star Wars trilogy to her.

Kristen, of course, had the best response.

Thrilled about the fake possibility of a third Frozen film, Kelly suggested that the cast perform the songs live at The Hollywood Bowl in Los Angeles for die-hard fans like herself—which happens to be something that Kristen and the rest of the Frozen crew have already discussed.

“We have talked about this,” she explained. “Because between the music from the one and the second one that we all know and love, and there’s a couple songs that have been cut that no one’s ever heard—from the first one and second one. We’ve been talking about maybe doing, like, a Hollywood Bowl, maybe televising it perhaps next year with all of our—with Josh [Gad], Jonathan [Groff] and Idina [Menzel].”

Frozen fan-girl Kelly then had another suggestion: “An invite is fine. If you want to invite me to attend. I can help. I can wear all black and work the stage. I mean, I really just want to be there.”

Watch Kristen relive her hilarious Disneyland Frozen meet-and-greet and discuss the possibility of more Frozen films in the videos above!

(E! and NBC are both part of the NBCUniversal family.)