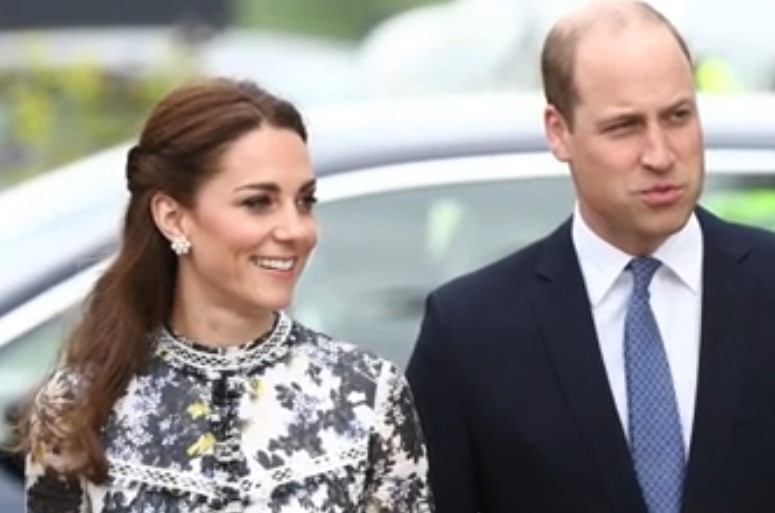 We’ll never be the same after this!

Camila Cabello got a hilarious shout-out from Prince William and Kate Middleton on Twitter, after confessing that she stole a pencil from her recent visit to Kensington Palace.

Still reeling in the excitement from her meeting with the royal couple during her BBC Radio 1 interview on Tuesday, the “Señorita” singer came clean to host Greg James, who actually “triple doggy dared” her to commit the crime.

“You can’t not do a triple doggy dare,” she said on the show. “If there’s anything I’ve learned in my life, it’s that. So, I did it. And then, you—to one of the palace people—called me out on it. And you were like, ‘She stole a pencil…’ So, I still have it. I’m sorry, William. And I am sorry, Kate.”

After posting a clip from the interview on the BBC Radio 1 Twitter, the official Kensington Palace account responded with a set of suspicious eye emojis. Seeing the palace’s hilarious reaction, Greg chimed in by tweeting, “Uh oh.”

Back in October, the 22-year-old singer teamed up with the Duke and Duchess of Cambridge to celebrate the finalists of the BBC Radio 1 Teen Heroes Awards, which honor young people between the ages of 12 and 17 for their outstanding and selfless achievements.

“I was so honored to be invited to Kensington Palace to meet and celebrate this year’s Teen Hero finalists with the Duke and Duchess of Cambridge,” Camila said at the time. “Hearing the incredible things these Teen Heroes have done is so inspirational. Their passion and dedication to help others is amazing, and they really blew me away.”

The “Living Proof” singer’s charitable efforts don’t stop there. As an ambassador for Save The Children, a U.K. organization that strives to improve the lives of children by providing education, health care and emergency aid, Camila has helped raise awareness and advocate for the cause.

“It’s favorite thing in the entire world,” she told E! at the Save the Children Centennial Gala back in September. “Because I love kids so much, like, I love kids. And I think that they are the most pure, innocent, lovely creatures and that’s why I love working with Save The Children because I think that we need to protect them. It means everything to me.”

“It just means a lot to me to work with an organization that I believe in,” she continued. “I just feel like everything that they do is so close to my heart and I just want to work with them forever.”