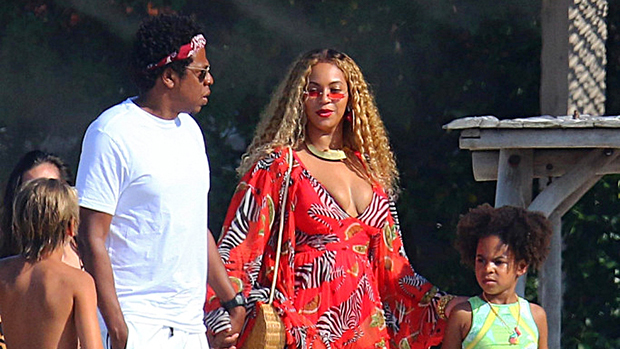 Beyonce had an epic 2019! The singer shared unseen photos and footage from this past year in a new post on Instagram and we can’t stop watching. See Bey, JAY Z, Blue Ivy and the couple’s twins, Rumi and Sir!

Beyonce sent the Bey Hive into a craze just before midnight on New Year’s Eve! First, the Grammy-winning singer, 38, shared a plain black image to her Instagram account, which fans believed was a teaser for a secret new project. Some even guessed that an album was about to drop. However, that wasn’t it.

Bey shared a video recap [SEEN HERE] of memorable moments throughout 2019 that featured husband JAY Z, 50, and their daughter Blue Ivy, 7, along with 2-year-old twins, Rumi and Sir. The 1-minute and 36-second-long video featured never before seen photos and footage of the family, including a holiday card [SEEN HERE], respectively titled, “2019 Bey-Cap!!”

The clip, which garnered nearly 3 million views in its first few hours, rolled through numerous monumental moments in 2019, including “Ms. Tina’s birthday” and and “Blue’s 7th birthday.” Bey featured stunning photos of herself titled, “Date Night,” before images from “Tyler Perry’s farewell party” and Michael B. Jordan‘s birthday party flashed across the screen.

Halfway into the video, a special message from none other than Michelle Obama played. “Hey queen,” the former first lady said. “Girl, you have done it again,” she continued as clips from Bey’s Homecoming concert film played.

The video also featured Rumi and Sir’s second birthday party, which included a colorful cake, and unseen footage of the twins. In other clips, Bey and JAY spent time chatting with Prince Harry and Duchess of Sussex Meghan Markle at the London premiere of Lion King.

Bey’s video respectively ended with a “Happy Holidays” to her followers and a “Cheers to 2020” message. And, we’d sincerely like to thank her for sharing her most memorable moments of 2019!